Based on the need to attend school virtually, our Animal Kingdom day was a little on the odd side. We decided to Uber around 8:30 for the 9:00am park open. Arriving about ten minutes later and entering the park with no delay allowed us to get in line for Flight of Passage early.

We anticipated this taking an hour, but to our surprise we were off the premier attraction in thirty minutes. Note that had we arrived at the park at this point, our wait would have been over an hour. The quick on and off in Pandora gave us a chance to head to Asia for a ride on Expedition Everest before taking an Uber back to our resort for class.

We returned to the park around 2pm (luckily avoiding the storm) to enjoy a relaxing safari in Africa. We had a snack before another trip around Everest. Having already ridden Flight of Passage once, we really didn’t want to wait more than 30 minutes to experience it again. As we exited the coaster, we received a text alerting us that FOP had dropped to 25 minutes. 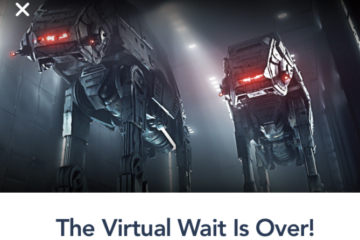 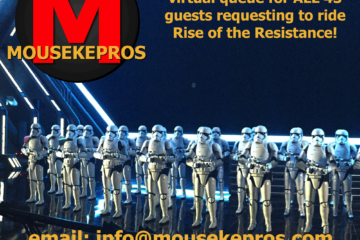