Even though February is a short month, we saw a 50% increase in the number of virtual queue joins over the previous month (which was also a record). In total, 65 guests were able to ride Rise of the Resistance using the myMousekepros Virtual Queue Tool. Our success rate for the month was 96%. We did research the instance we were unsuccessful and identified the cause. We now have measures in place to minimize the chances of the same thing happening to guests in the future. For the year we have placed 108 guests into boarding groups.

We also saw a surge in dining requests throughout the month which resulted in our Dining Finder texting our clients with 103 matches. The most popular matches were:

Our park pass tool is generally used by our Passholder members, but we were able to secure 30 park passes during the month. We booked 12 guests to Epcot, 10 to Hollywood Studios and 8 to Magic Kingdom.

Our Wait Time Tool started to gain some steam later in the month. We did have quite a few last minute (and even intraday) signups and many of these clients may not have been aware of this tool. We did send 19 alerts and Test Track and Slinky Dog had the highest number of alerts.

Do you do alerts for Savi’s? 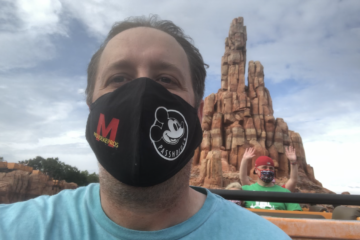 This is Part Five of a five part series. (Part One, Part Two, Part Three, Part Four). With at least one Wait Time success at the other three parks, we were looking forward to what Read more…