The Virtual Wait Is Over

Today was a big day for Mousekepros! We had our first official in park tests of our Virtual Queue tool. I would like to thank Jon P. and Agibail W. for helping us out.

Jon let me know that he had entered Hollywood Studios in advance of first boarding process this morning. We were anxiously watching and at nine seconds after 10am, we had our first official success! Jon and his guest had joined boarding group 47 without using the My Disney Experience app. He simply “activated” the Virtual Queue on the myMousekepros website the night before.

Unfortunately, Rise of the Resistance was non-operational for a few hours this morning, so while originally slated to have a 2pm return time, the boarding group wasn’t called until 4:45pm.

Looking at our other test group, while Abigail’s guest was in the park at 10am, she was not. So, unfortunately our tool was unable to join the queue for them. We were hopeful to get an opportunity at 2pm, but due to the delay in operation of Rise of the Resistance, additional boarding groups were not released by Disney. This still was a valuable test for us as it showed that our system requires ALL selected guests to be in the park or NONE of them will be able to join a boarding group.

We will continue to monitor success and failure of our Virtual Queue tool and make adjustments to it as we deem necessary. In fact, we’ve already made one update that will include your boarding group number in the text message we send.

If you are interested in our Virtual Queue tool, acquiring Park Passes or searching for Dining availability, please give myMousekepros a try. Subscriptions are $10 per month for up to two guests and $15 per month for up to six guests. We also have discounted annual memberships available. 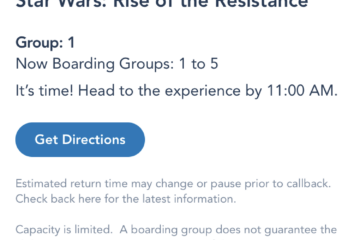 As our myMousekepros guests use our tools, we monitor the successes and failures looking for improvements. Our first in park trial resulted in our clients joining boarding group 47. We had a few clients who Read more… 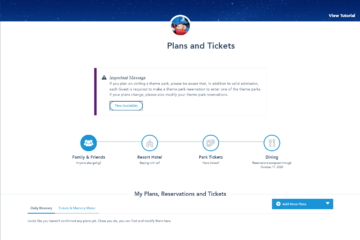 If you had ever been to the theme parks in the heat of the summer or during the holidays, you MAY have had a negative experience. Crowds can definitely lead to frustrations whether related to Read more…

It’s been about two weeks since we introduced our new service and I’m happy to announce that we’ve had a lot of success with our current subscribers. While the subscriber base is very small, those Read more…