By now most of you have heard the news that two of the benefits to resort guests have been cut. While the information related to Extra Magic Hours and Disney’s Magical Express are factual, everything related to the future of FastPass+ that follows is my speculation and not based on any direct information from Disney.

My earliest memory of “Extra Hours” at Walt Disney World is “E-Ticket Express” in 1997. For $10 per person on select nights, Magic Kingdom was open an extra three hours available to resort guests only. Over time the offering became a free perk and varied between mornings and evenings. The evening Extra Magic Hours (as they became to be known) were my favorite way to end a day; the crowds had disbursed, the temperature had cooled and the lines were short. EMH also made extreme events like the Parkeology Challenge achievable.

Walt Disney World had hits with it’s Halloween and Christmas parties and decided to try out the “paid” extra hours in the morning (Early Morning Magic) and the evening (Villains After Hours, for example). When these became hits, Extra Magic Hours shrank. And since the parks re-opened after the COVID-19 closure, EMH did not return.

In 2005, Walt Disney World solved one of the biggest problems for vacationers: “how do I get from the airport to my resort.” With Disney’s Magical Express, your vacation began at your home airport. Not only did you have free transportation to your resort, but your luggage would magically appear in your room. And on the way home, you wouldn’t have to check bags with bell services, you could actually check in to your flight and drop your bags. What an amazing perk! And Disney also kept many guests on property for the duration of their stay.

Since the re-opening, the luggage component was dropped due to health concerns, but the free bus ride was still being offered. Convenient, but perhaps not the quickest way to the resort especially since luggage had to be retrieved and handled by the guest.

Yesterday Disney announced that both of these would go away forever. Extra Magic Hours will not return, and Magical Express will not be available in 2022.

Disney fans obviously reacted poorly to these announcements. Two wonderful benefits given to resort guests for free have vanished. And maybe two of the biggest benefits. I asked my family tonight what remained. We came up with proximity, being in the bubble and use of magic bands (which are no longer free) for room key, tickets, FastPass (which hasn’t returned), virtual queues and payments. That’s it.

Disney has taken things away primarily because of the cost associated with them. Magic Bands cost Disney money to manufacture and ship. Disney has a contract with Mears to provide Magical Express, but they were paying for the transportation and labor. And Extra Magic hours have the operational and employee cost of running a theme park. Sure, we paid a premium to stay on site to get these things, but in the state of the economy I understand the desire to cut costs.

So here comes the speculation… Disney has taken away things that cost them money, but gave the guests value. In order to incentivize visitors to stay in one of their resorts, they need to provide a free benefit… something that you can’t get for free if you do not stay on property. And if that benefit has no cost to Disney, then it is the perfect benefit to offer for free.

The most logical perk for Disney is to turn FastPass+ into a paid service that is free to resort guests. Not only does this give something of great value to the resort guests, it also is a new source of income for those NOT staying on property. It has been speculated for years that Disney may turn FP+ into a revenue stream similar to MaxPass at Disneyland and Express Pass at Universal Studios. Universal Express Pass is a minimum of $70 per person per day if you don’t stay at one of their resorts. Max Pass at Disneyland is $20 per person per day ($125 per year passholders).

The infrastructure is already in place, so the only cost for FastPass to Disney is additional cast members for the queue. Assuming a cost that is similar to Max Pass, the value for a family of four with a four day ticket is a savings of $320. What a nice perk, right? So while this is purely speculation, I do believe Disney has to do something to provide a true benefit with real value for staying at their resorts in advance of 2022.

Hope you’re right! If we have to handle our own luggage and rent a car, we may consider some of the off property hotels going forward! 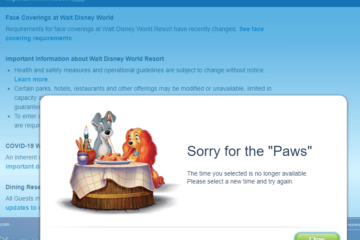 Please note that the behavior on mobile devices appears to have changed on the Disney dining website when a reservation has already been claimed. Using the same Mousekepros link on mobile vs. desktop now looks Read more… 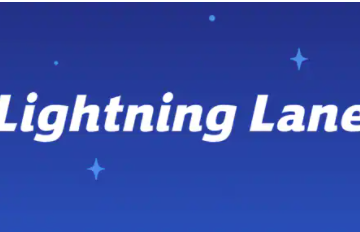 Disney has finally released the final details regarding the Lightning Lane and Genie+. First, the official start date for the service is October 17. Disney has decided that two attractions at each park will be Read more… 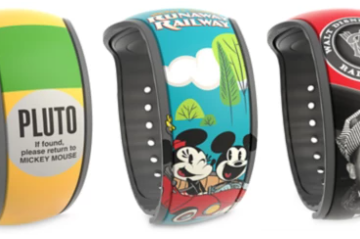 The success of Mousekepros is based largely from word-of-mouth advertising from our clients. This has been the case since we introduced our concierge services in early 2019. As a thank you and as a way Read more…