The Walt Disney World is just days away from opening its largest expansion in history. Star Wars: Galaxy’s Edge will be home to Millennium Falcon: Smuggler’s Run, Oga’s Cantina, Savi’s Workshop (to build lightsabers) and the Droid Depot. But this is not the only exciting new offering that is coming to the parks and resorts in the next few weeks:

We are excited to announce that we have chosen October 1 as our return date to Walt Disney World. While this is more than a month after the grand opening, this date allows us to pack in the most of “what’s new” that Disney has to offer in a very short time frame. Some of the “spectacle” of Galaxy’s Edge will have wained, giving us the chance to see how the area will operate in “reality.”

Our resort reservation is at Pop Century and the Skyliner will have only been officially opened for two days. We will get to see how that operates as we use it for park transportation. We will take it to Hollywood Studios to experience Smuggler’s Run and visit Oga’s Cantina (4:25 reservation). We will then take the Skyliner over to Epcot as the Illuminations replacement has its premier showing on this day which we plan to stream on Facebook Live.

Finally, on October 2 we will try out the “Extra Extra Magic Hours” that WDW is offering at Hollywood Studios. We will experience first hand how these extra three hours operate, when we need to arrive and the crowd capacity allowed within the Star Wars area. 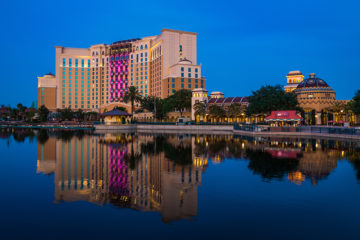